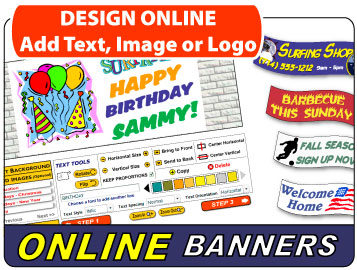 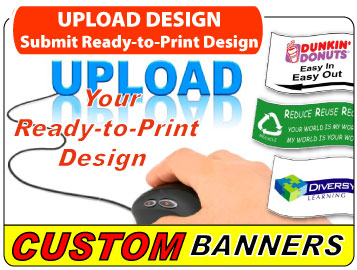 Billboards are large banner signs promoting a business, product, movie, show or event. Since they are generally very large in size they can contain text, elaborate backgrounds and images. They are effective advertising tools since they can be seen by everyone that drives along the highway. An effective billboard banner will catch people’s attention and get them interested in whatever the billboard is promoting. One of the main reasons why many large companies invest in these advertising tools rather than on TV commercials is because the sign provides constant exposure, every hour of every day. People that work in the city use highways to travel to and from the metro, which is why they often see the same billboard signs over and over again.

Have a Question?
Visit our detailed FAQ for info regarding products, designing online, ordering or shipping. If you still need assistance, contact us for a quick response.
Read Our Reviews
We love our customers! From what we gather they love us too... view our Testimonials and Reviews and share in their 1DayBanner.com experiences.
Leading the Way
Providing One Day Turnaround FREE at the lowest prices since 2002... and they thought we were crazy. Learn more about us.
×
Item Added to your Cart!